History of the Elbląg District

I Legal basis for the functioning of district self-government.

Self-governing districts in the Republic of Poland were reestablished on 1 January 1999. The model for local government on the district level was shaped by the following acts:
1) Act of 16 July 1998 on elections to commune councils, district councils and regional councils Journal of Laws 2003, No. 159, item 1547, as amended
20 Act of 24 July 1998 on enforcement of the act on district self-government, the Act on the voivodship self-government and the act on the government administration in the voivodship Journal of Laws No. 99 item 631
3) Act of 5 June 1998 on the district self-government,
4) Act of 13 October 1998, Provisions implementing acts which reform public administration
5) Regulation of the Council of Ministers of 7 August 1998 on the establishment of districts

According to art. 14 of the Act of 13 October 1998 including provisions implementing acts which reform public administration as of 1 January 1999, the former &ldquo;regional offices&rdquo; in cities with district rights became District Starosties with authorities seated in these cities. In the case of cities with district rights, the District Starosty function is performed by the city halls.
Based on the Regulation of the Council of Ministers on the establishment of districts chapter 14. Warmian-Masurian Voivodship, item 4 the Elbląg district was established with authority seat in Elbląg comprising the following communes: while the city of Elbląg was classified as a city with district rights, performing the function of the District Starosty within the city of Elbląg

All works related to the implementation of the public administration reform in the voivodship were coordinated by Government Delegates appointed by the Prime Minister who acted on level of voivodship governors and with the support of auxiliary authority
During the initial phase after the establishment of the Elbląg district, work in the District Starosty in Elbląg was focused on preparing the office to perform statutory public tasks. The seat of the newly constituted local government and administration was the building of the former Regional Office in Elbląg. Due to difficulties with available facilities, the District Board took action to obtain a new building for the seat of the Starosty. These efforts proved successful in July 1999, when the Governor of the Warmian-Masurian Voivodship transferred the ownership of a building at ul. Saperów 14A in Elbląg to the Elbląg District. Intense renovation and adaptation work was carried out in the building between August and December 1999. In the 1st quarter of 1999, the Statute of the Elbląg District and the Organizational Regulations of the District Starosty in Elbląg were drafted and passed in the form of resolutions. The staff for each internal unit was chosen and the limit of employment in the entire organization was specified. All other regulations and organizational/legal documents necessary to ensure appropriate and efficient functioning of the Starosty were also prepared. The creation of organizational regulations and statutes of district organizational units was supervised on an on-going basis

Based on an agreement between appropriate local governments, as of 1 January 2007, the District Employment Office in Elbląg became an organizational unit of the city of Elbląg, reporting directly to the Mayor of Elbląg.
On 1 January 2010, the Independent public health care institution in Pasłęk was transformed into a commercial law limited liability company with 100% of shares owned by the Elbląg District and renamed to Szpital Powiatowy Sp. z o.o. in Pasłęk.
According to the resolution of the District Council No. XXXII/28/10 of 30 April 2010 on the amendments to the Statute of the Elbląg District, the current district organizational units are:
- District Starosty in Elbląg
- District Family Support Center in Elbląg
- Social Support Centre in Rangory
- Social Support Centre in Tolkmicko
- &ldquo;Krokus&rdquo; Social Support Centre in Władysławowo
- School Complex in Pasłęk
- Complex of Vocational Schools in Pasłęk
- &ldquo;Orle Gniazdo&rdquo; Orphanage in Marwica
- Youth Education Center in Kamionek Wielki
- Psychological and Pedagogical Counseling Center in Pasłęk
- School Complex in Gronowo Górne
- Economic and Technical Schools in Pasłęk
- Elbląg District Road Administration in Pasłęk
- Crisis Intervention Center in Tolkmicko
- Vocational Development Center in Kamionek Wielki
- District Geodetic and Cartographic Documentation Center in Elbląg
- Polko Auxiliary Enterprise at the Economic and Technical Schools in Pasłęk
- The district legal entity is Szpital Powiatowy Sp. z o.o. in Pasłęk 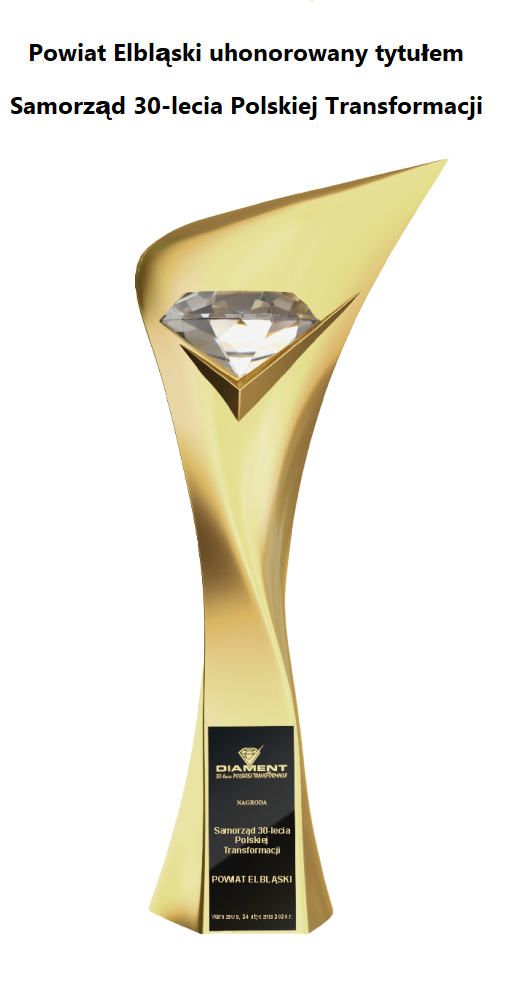 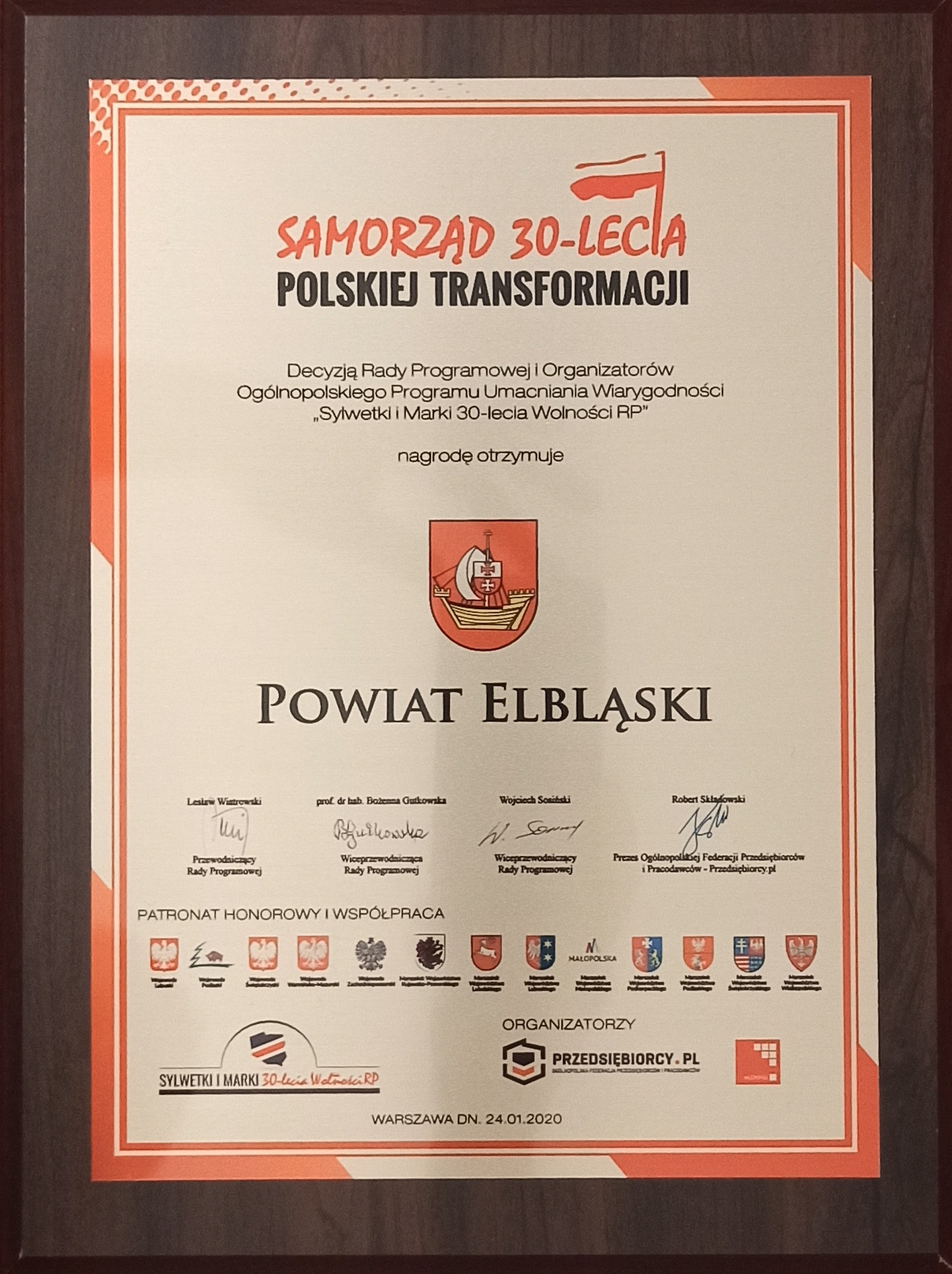 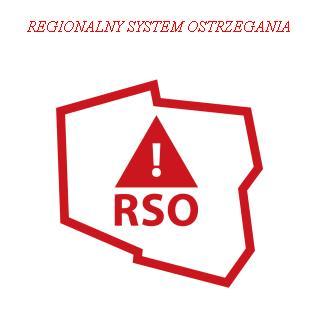 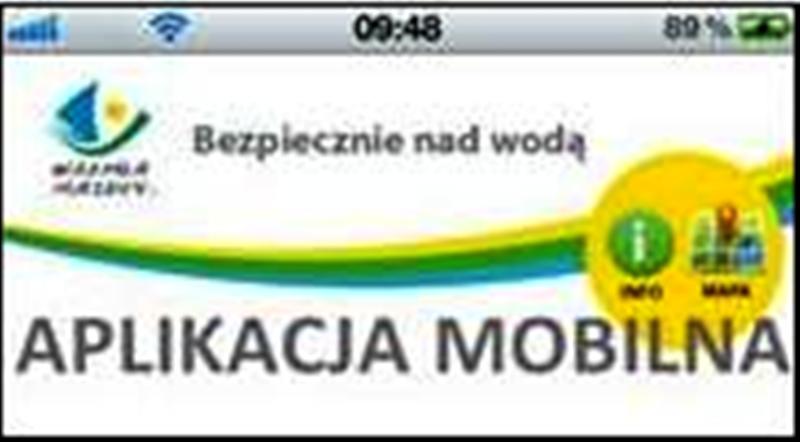 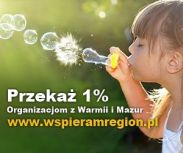 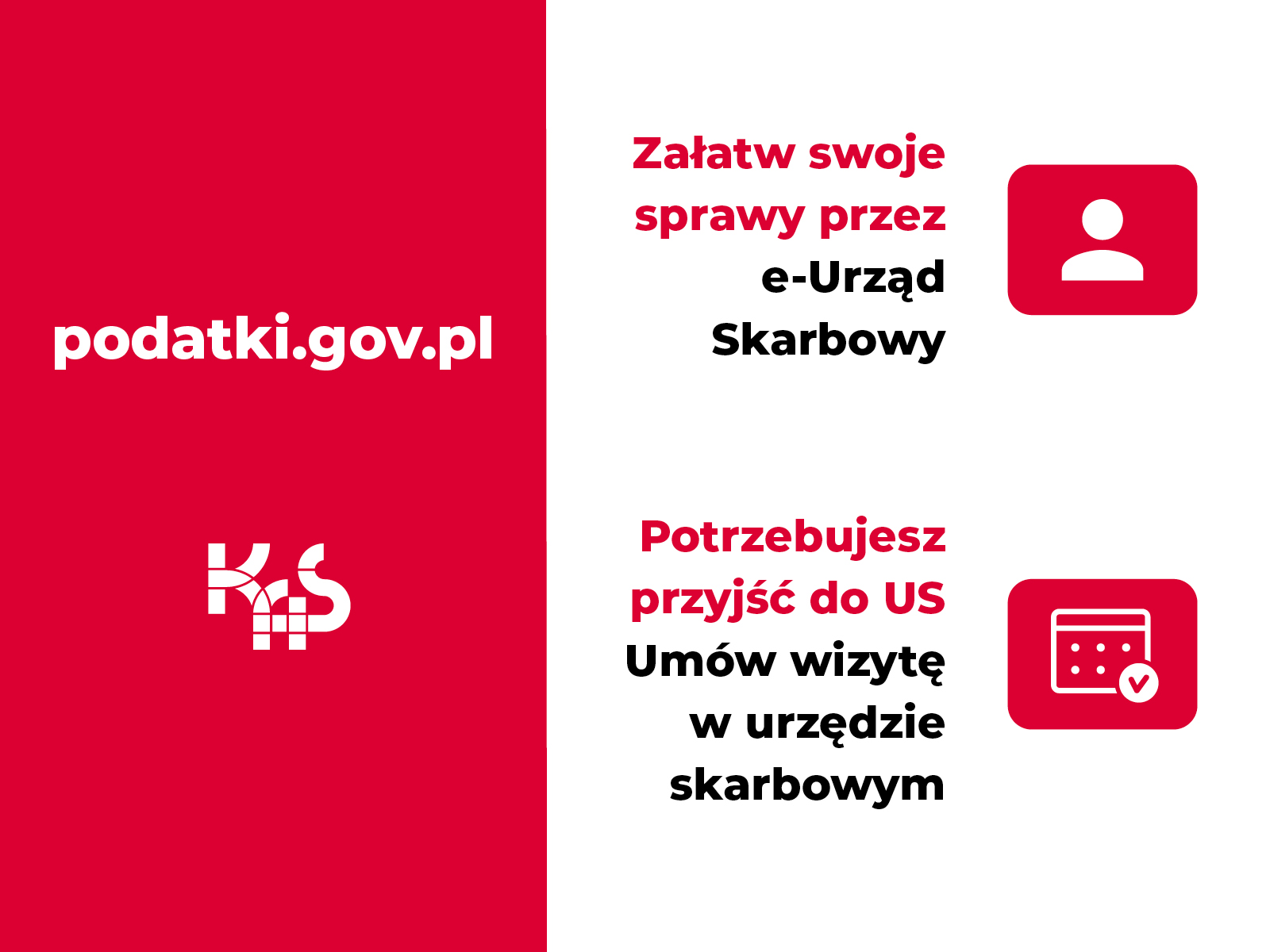 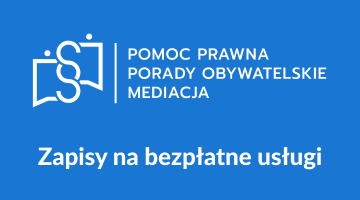 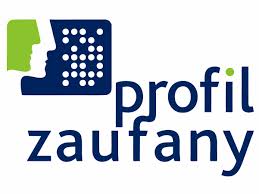 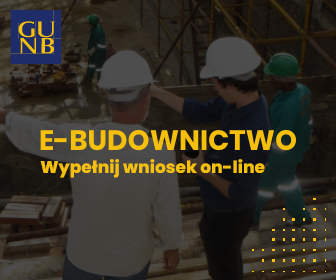