Description of the District

The Elbląg district is situated in the western part of the Warmińsko-Mazurskie Warmian-Masurian) voivodship and has an area of 143,055 ha. The district population is almost 57,000, i.e. 4% of voivodship population. The Elbląg district is divided into 9 administrative units, including 3 urban/rural ones: Młynary, Pasłęk, Tolkmicko, and 6 rural ones: Elbląg, Godkowo, Gronowo Elbląskie, Markusy, Milejewo, and Rychliki. The Elbląg district advantages are: the central position of the city of Elbląg in the Elbląg district and the vicinity of large port cities, the location near important transport connections, access to the Baltic Sea via the Vistula Lagoon and the Elbląg port, a large share of surface waters and forests in the total area ca. 40% rich flora and fauna, as well as a large share of valuable natural areas, an extremely rich history and the preserved cultural heritage.
One of the biggest tourist attractions of the Elbląg district - even in the European scale - is Kanał Elbląski Elbląg Canal). It was designed between 1825 and 1844 by a Dutch engineer, Georg Jacob Steenke. The construction began in 1846. The entire length of waterway is 127.5 km. There are only two such waterways in the world and its true gem is a set of five slipways Buczyniec, Kąty, Oleśnica, Jelenie, Całuny which allow ships to cross 2 km on land. The slipway system was designed to overcome a huge water level difference, which is ca. 100 m over a distance of 9.6 km 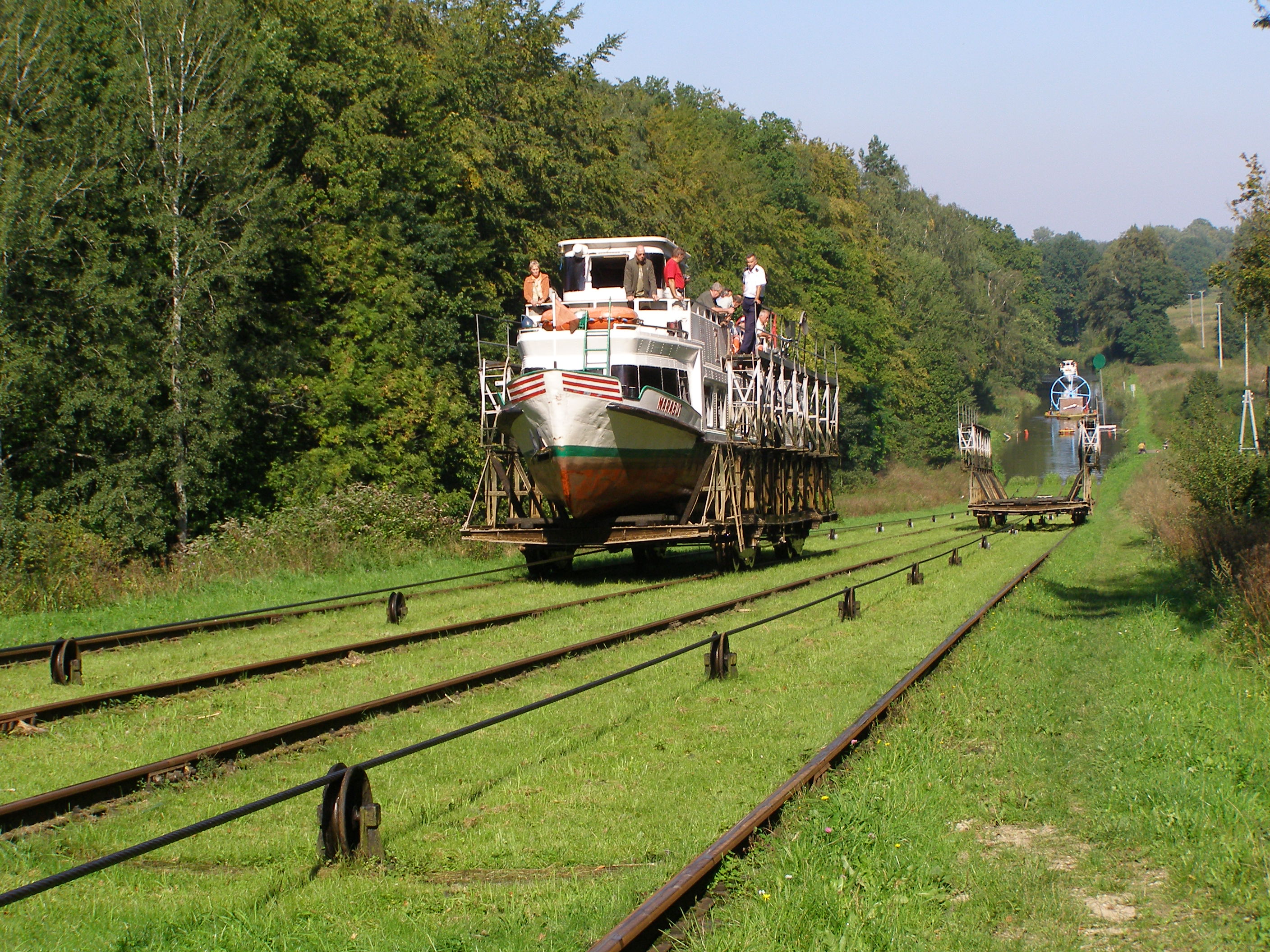 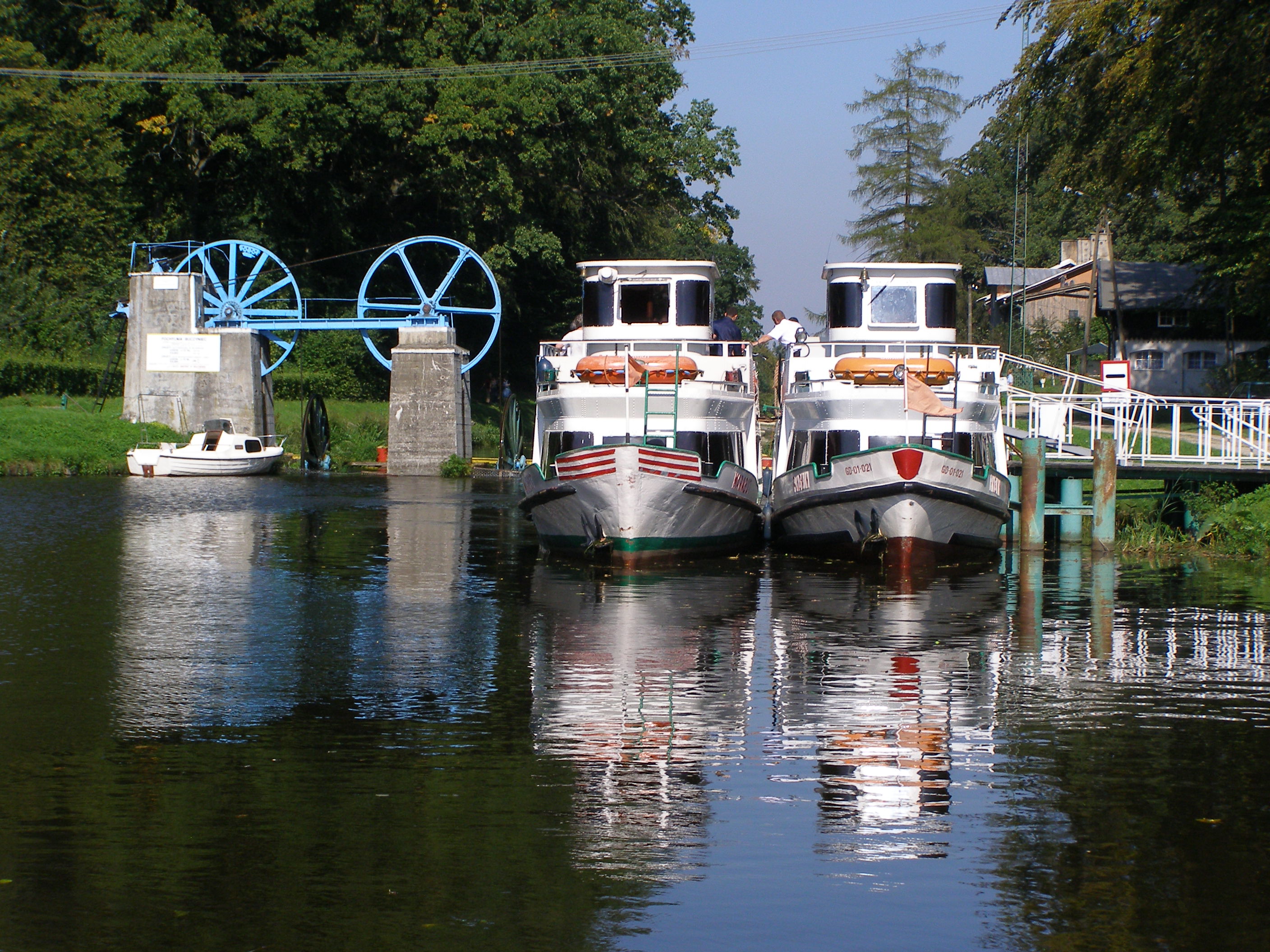 Due to the existence of areas with remarkable natural value, a network of legally protected valuable natural areas was established, including nature reserves, the Elbląg Upland Landscape Park and protected landscape areas. A unique phenomenon is the Drużno Lake reserve, classified as an international reserve. It boasts ca. 180 species of marsh birds and waterfowl. It is the breeding area and sanctuary for rare species
The district features numerous monuments from the Middle Ages and the modern era, including: the Gothic town hall, the Stone and Mill Gate in Pasłęk, the urban layout of the Old Town in Młynary, Pasłęk and Tolkmicko, the historic imperial summer residence in Kadyny Tolkmicko commune unique archeological excavation sites with numerous fortified settlements Weklice, Janów manor house and palace complexes such as the 18th-century Dohna manor house in Dawidy Pasłęk commune) and Bielica Godkowo commune palace complex in Janów Pomorski Elbląg commune the palace/park complex in Kwitajny Pasłęk commune the palace with a park in Powodowo and Topolno Wielkie Rychliki commune the manor house and park complex in Poloniny Tolkmicko commune the rural layout of the villages of Tropy Elbląskie Elbląg commune) and Kadyny Tolkmicko commune numerous historic churches, chapels and cemeteries
198 facilities were entered into the Register of Historical Monuments, including 35 churches, 5 chapels, 5 cemeteries evangelical, Mennonite and Jewish 13 church graveyards, a castle of Teutonic Knights, 23 manor house and palace complexes, and 3 Dutch settlements. Windmills used to be characteristic of this area but they are now scarce.
Among the unique attractions of the Elbląg district are the numerous examples of material culture related to Mennonite settlement. The Mennonites, members of an Anabaptist religious movement, came to the Żuławy region from the Netherlands in early 16th century. The district features wonderful arcaded houses, Dutch settlements, numerous churches and other sacred facilities as well as former Mennonite cemeteries. One great treat is the hydrotechnical equipment: drainage pump stations, canals, sluices, lift and swing bridges

The preserved cultural heritage, rich history, unique archeological excavation sites, remarkable tourist value of natural landscape, numerous forests and surface waters are all good conditions for the development of various forms of rest and recreation
The Elbląg district boasts many interesting tourist trails, including: Copernicus Trail that crosses a town visited by Nicolaus Copernicus, St. Adalbert Trail from Elbląg to Święty Gaj - the place of St. Adalbert&rsquo;s martyrdom, the water trail on the Elbląg Canal with a set of five slipways, a fairway on the Elbląg river and the Vistula Lagoon, cycling, hiking and horseback riding routes across Elbląg Upland and more.
The Elbląg district offers visitors a number of hotels, inns, agritourism farms and eating places. The district has a convenient network of road, rail and water transport connections and an easy access to border crossings. It also features land in a special economic zone available for potential investors. The Elbląg district has a favorable geographic location, rich nature and landscape that combines uplands, lowlands and a depression lowest point in Poland - 1.8 m below sea level in Raczki Elbląskie). Numerous tourist trails cross here. The local authorities and friendly inhabitants support the harmonious development of this area and the preservation of its valuable natural and cultural qualities, which results in more and more tourists visiting this region every year